What do we do & for whom
Our remits
Team
Network
History

What do we do & for whom

What do we do?

As a network organisation, VIVEL contributes to the delivery of accessible quality care and support in Flanders and Brussels.

We believe that close cooperation between all care stakeholders is necessary to ensure better health and welfare for each citizen and to ensure the optimum delivery of help and support to people with care and support needs.

Cooperation as part of a closely knit network of care and support centred around the individual with care and support needs has the potential to improve that person’s individual welfare and their physical and mental health. Which is why VIVEL fosters participatory and cross-sectoral cooperation.

VIVEL is a joint initiative of:

Alongside these initiators, VIVEL works closely with many other partners, depending on the context.

Who are we doing it for?

VIVEL acts to support broad-based primary care in the healthcare and welfare sectors.

We support all formal and informal care providers, the care boards and the (future) regional care platforms. We work to support cooperation between the various primary care stakeholders, providing them with tools to improve the welfare and physical and mental health of the population in their region as a whole, with a particular focus on the most vulnerable groups.

At VIVEL, we use the Quintuple Aim as the touchstone for all our strategies and decisions. This is one based on the Quadruple Aim

VIVEL is a flexible network organisation with a small professional staff. We work with the people on the ground through project groups.
The support of the care boards and their staff is currently VIVEL’s principal remit. 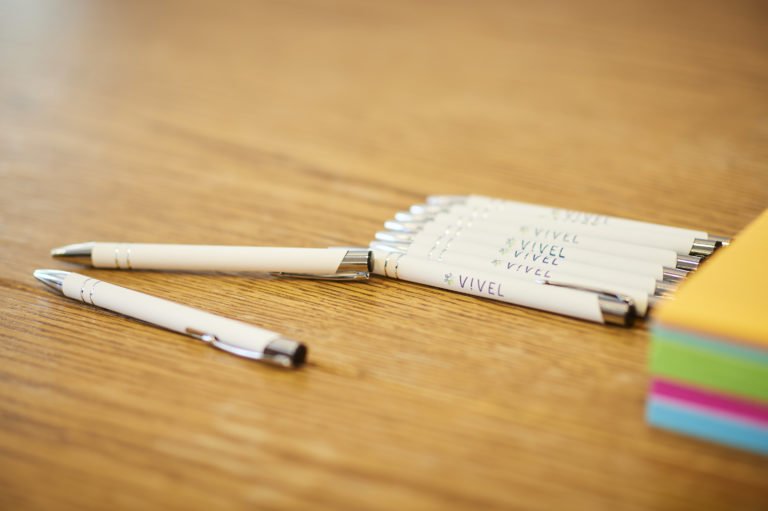 Team - who does what

VIVEL vzw is a partner organisation that has been recognised and subsidised by the Flemish Government.

VIVEL has a General Meeting and a Board of Directors. Both bodies are made up of representatives from:

The chair is held by an independent Chairman, which ensures  VIVEL’s neutrality.

VIVEL closely involves the sector in its operations. For this reason, we organise strategic meetings with all relevant stakeholders at regular intervals, in addition to the learning networks and project groups that are in place.

The idea for a Vlaams Instituut Voor De Eerste Lijn goes back a long way and is part of the story surrounding the origins of primary care in Flanders.

From as early on as the 1980s, care providers were arguing in favour of an institute that would act to support primary healthcare.

In the 1990s, the SITs or Samenwerkingsinitiatieven in de Thuiszorg (Home Care Collaborative Schemes) saw the light of day. The SITs were locally organised, but also had consultation bodies in place at provincial and Flemish level. But the idea of a ‘Flemish institute’ was left on the backburner for a while longer, even when the focus widened and the SITs folded into the SELs Samenwerkingsinitiatieven Eerstelijnsgezondheidszorg or SELs (Primary Healthcare Collaborative Schemes) in 2010.

Its was Flemish Welfare, Public Health and Family Affairs Minister Jo Vandeurzen who set the reform of primary healthcare on the rails. To this end, he organised the first primary healthcare conference on 11 December 2010. This is where the first seeds were sown for the current reform.

One of the results to come out of the primary healthcare conference was the launch of the Samenwerkingsplatform Eerstelijnsgezondheidszorg (Primary Healthcare Collaborative Platform) in 2011. This consultation platform was made up of representatives from the healthcare and welfare sectors. This was the first time that primary care was given its own, cross-sector representation at policy level in Flanders.

From 2014, the 6th round of the reform of the Belgian state devolved further powers to the communities, in amongst other aspects in the area of the organisation of primary care. This in turn led to a thorough reform of the world of primary care: Six working groups set about tackling a variety of different topics whilst provincial consultation rounds and a scientific think-tank considered the results. The final result was presented in the shape of a policy vision document at the primary care conference of 16 February 2017.  The document integrated two major approaches: on the one hand there is the team-based cooperation surrounding and together with the individual with the care and support needs and, on the other, the population-focused responsibility aimed at improving the accessibility and quality of primary care for the population of the primary care zone.

A Flemish Institute for Primary Care

The policy vision document sparked various actions. One of which was the establishment of a Vlaams Instituut Voor De Eerste Lijn.  Further to a thorough preparatory phase involving all stakeholders, ‘VIVEL vzw’ (Vivel not-for-profit organisation) was established on 14 January 2019. On 22 February 2019, the organisation’s bylaws were published in the Belgian Official Gazette. In May 2019, VIVEL was recognised by the Flemish Government as a partner organisation in the field of primary health and social care.  VIVEL went operational in September 2019.

The way in which VIVEL is governed and operates is decided in unison with the sector. VIVEL’s General Meeting and Board of Directors reflect the primary care landscape, including the informal care providers and the local authorities. VIVEL’s members undertake to act as a bridge between VIVEL and their member organisations in the broad sense. Which explains why ideas that have been developed and worked up within VIVEL are able to rely on broad-based support. To ensure this support continues to exist in times to come, VIVEL works closely with the sector, in amongst other things through project groups and learning networks.